How to make a Flip Flop Pillow

Here is the second flip flop pillow I was working on in my last example. I thought I'd share the final version so you can see the finished pair! 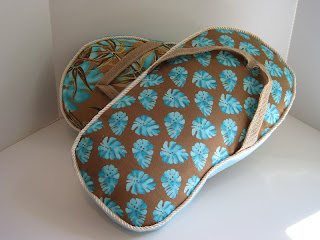 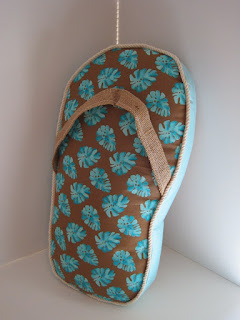 Posted by Float Interiors at 1:45 PM No comments:

Flip Flop Pillow or Flipping Out!

My sister recently came to spend a few days with me in Michigan, and I learned that she is a big flip-flop fan. So on a whim, I decided to try to make a flip flop pillow. So here's how the process went --
The most difficult part for me was to draw an actual flip flop pattern (I'm not much of an artist in that respect). I was able to find an image on Google which I enlarged as much as I could, then cut it out, put it down on some pattern making paper, and drew it larger. Proportions were a bit of a challenge! But I ended up with a pattern approximately 17' x 9". 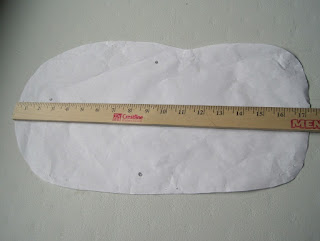 I cut out my top fabric which is a cotton print, and bottom out of burlap. Because there are not really any pillow inserts in this shape, I decided to add some batting and a piece of muslin to both top and bottom, so when I stuff the pillow, it won't look lumpy and I won't have stuffing peaking out of the burlap weave. 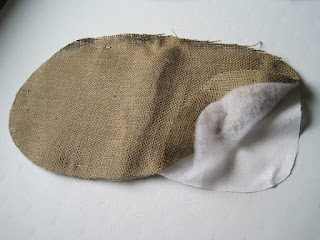 I stitched piping to the top fabric and added the straps, which I made from a double thickness of burlap, sewing through top fabric, batting and muslin. Next I measured around the entire flip flop form to determine the length and cut a 3-1/2" strip of aqua fabric to be used for the thickness. 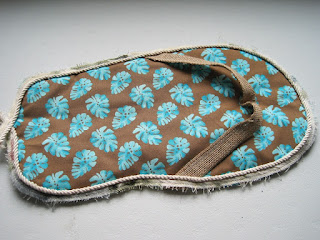 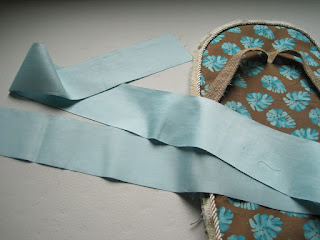 I sewed the aqua strip to the top and bottom portions of the flip flop, similar to a boxed cushion, leaving a space open for stuffing. I then stuffed, fluffed to shape and hand-sewed the opening to close. The one shown below used a coordinating fabric. What do you think? Kinda fun, huh? 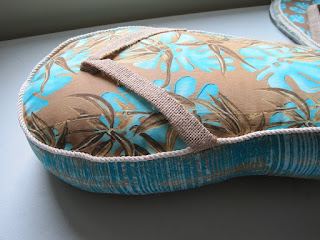 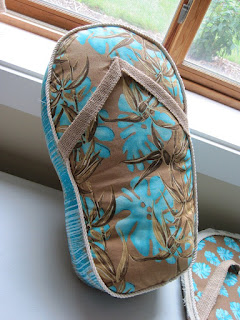 Okay, now if you do not sew, you may not get too excited about this new shop I found on Etsy.
Zipit sells a multitude of colored zippers at wholesale prices. My order arrived in only a couple days, I got to select my colors, and they are a great price! Wish I had found them years ago! Check it out.
http://www.etsy.com/shop/zipit
Posted by Float Interiors at 7:03 PM No comments: 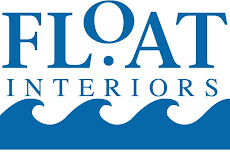